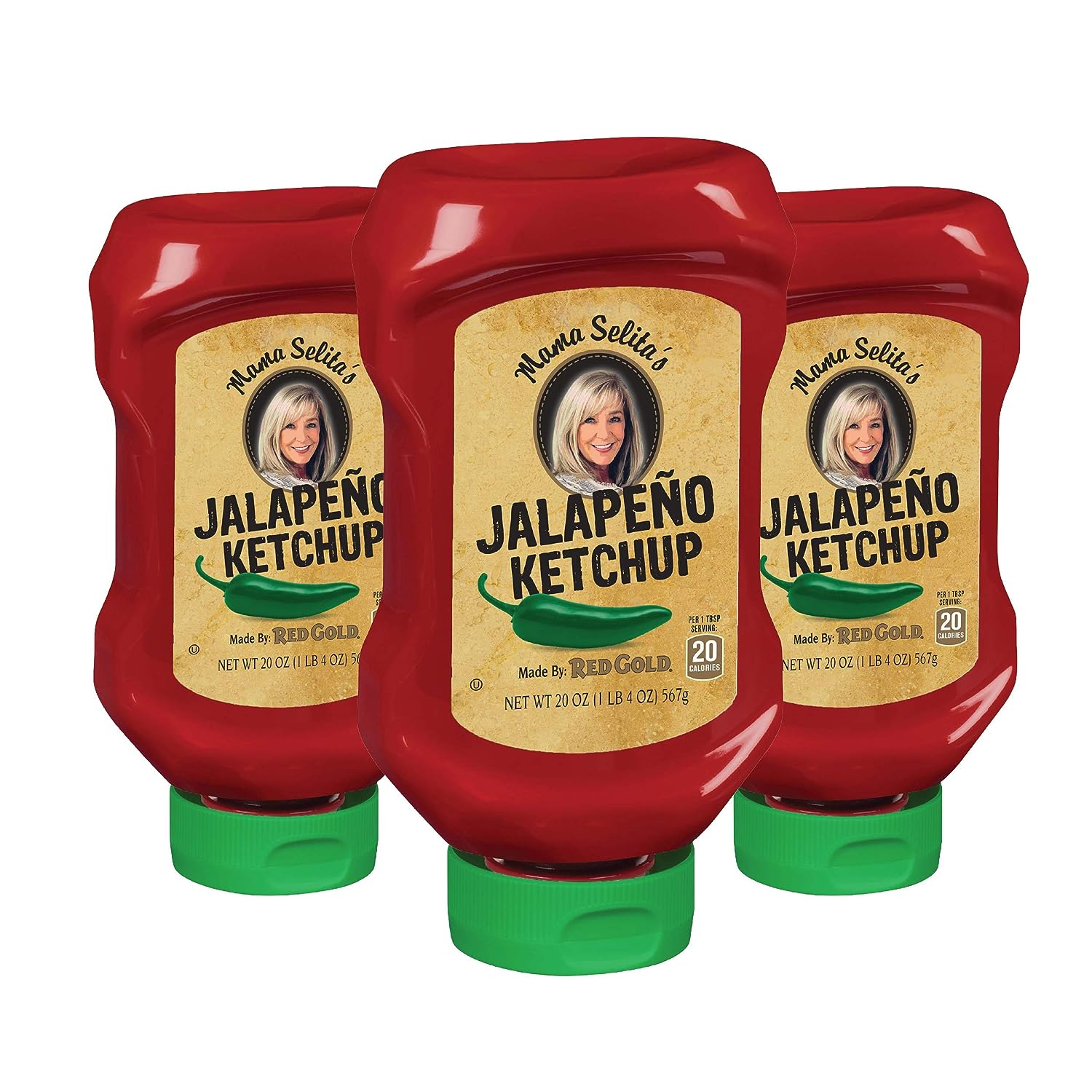 20oz premium quality Tomato Ketchup with a unique Jalapeno pepper and sweet flavor that is sure to please. The smooth red base is accented with visible pieces of green jalapenos. It has a bold and sassy flavor for adding a little more zip. This premium ketchup finishes not too hot, with just the right accent of heat.