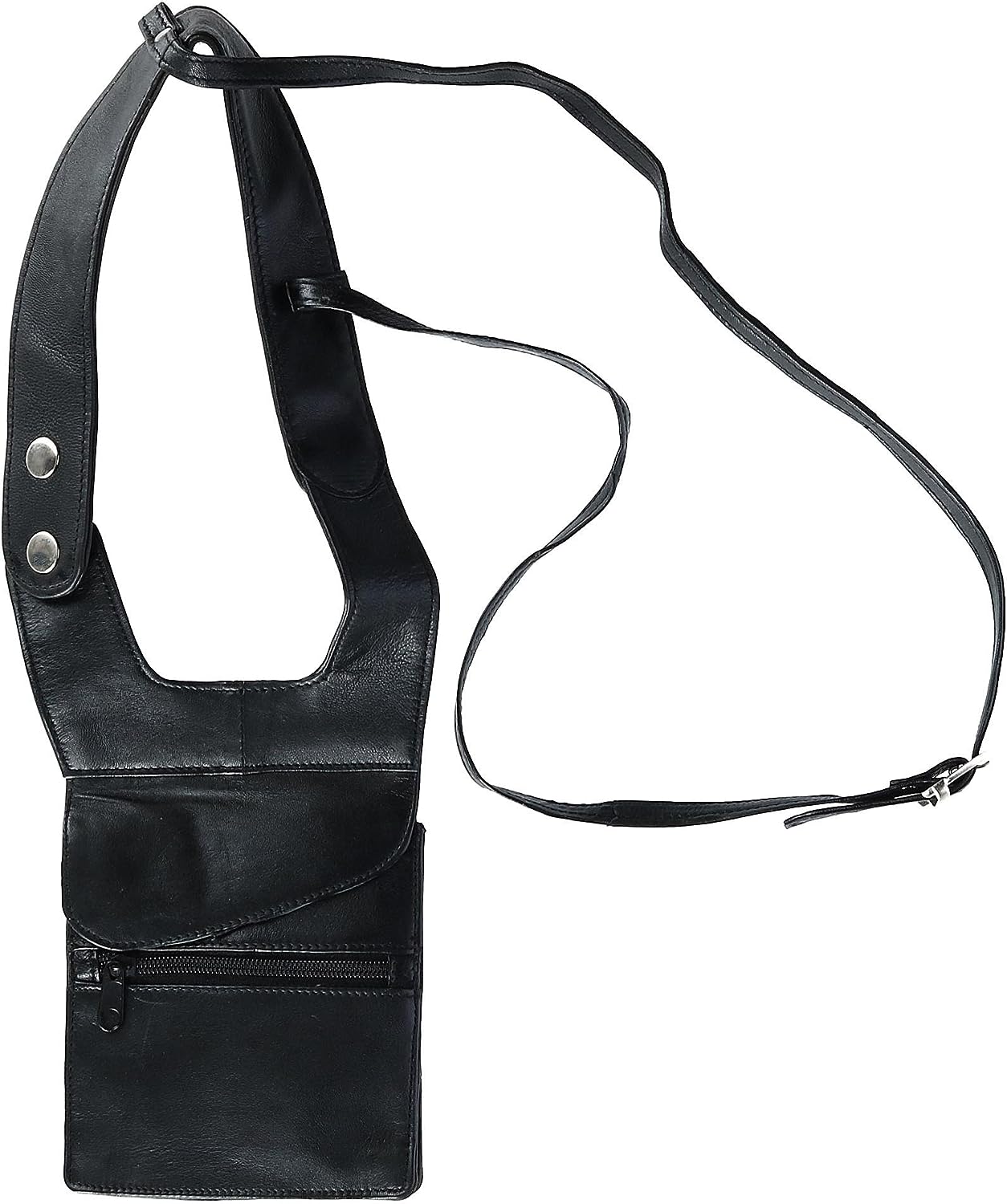 This leather shoulder wallet is the perfect way to keep your valuable items safe and secure while traveling on vacation or business trips. The main compartment and the front zipper compartment are perfect for storing your passports, currency, cash, phone and more. To wear- simply put your arm through the opening of the larger strap and secure the adjustable strap across your chest/back.